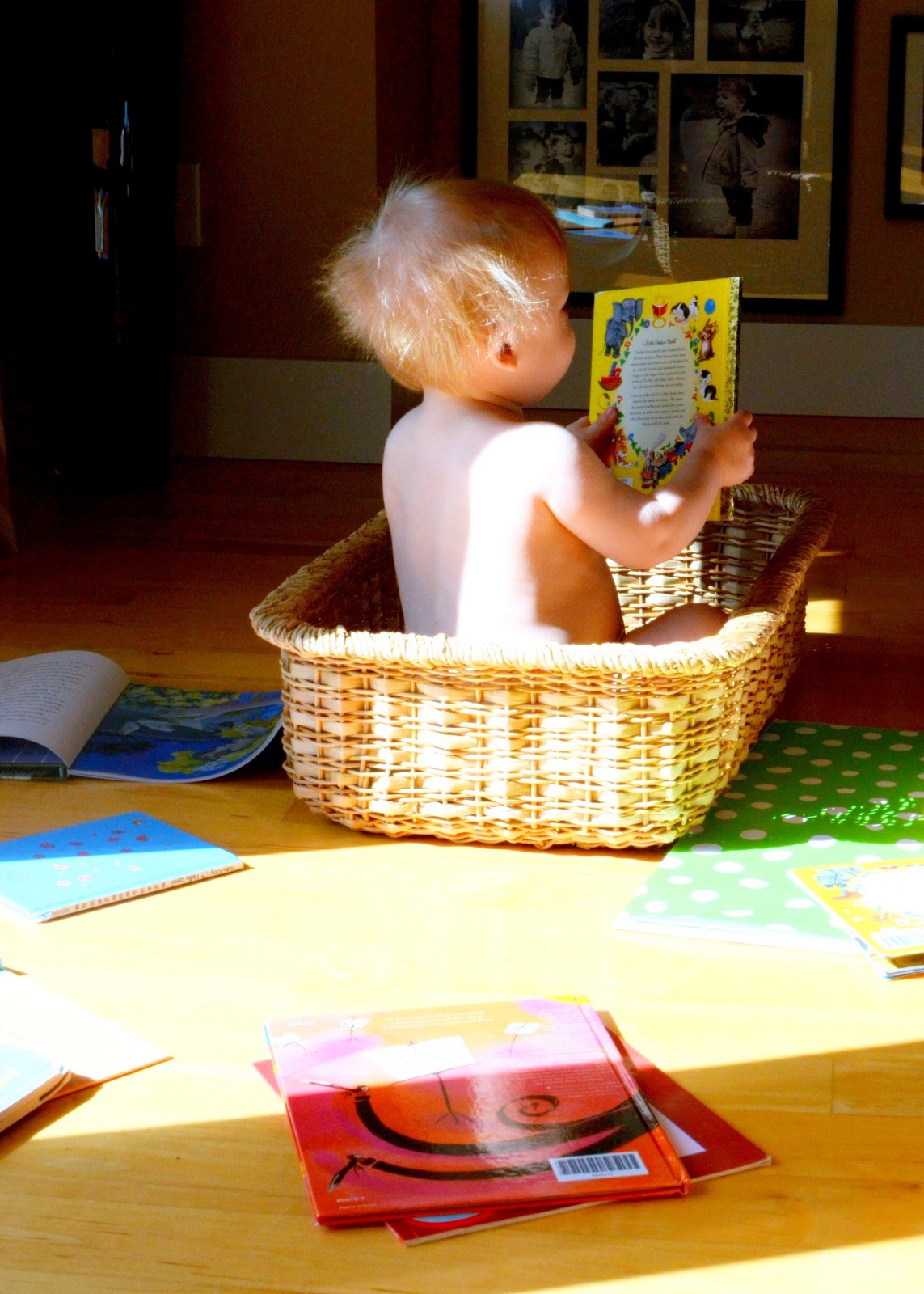 the traditional gift for a nine year anniversary is pottery.

so can you imagine bryan's excitement when i told him i'd planned for us to go to a local pottery painting studio to pick out and paint our very own pottery for one another?

but he's a good sport, so he went a long with it anyway. 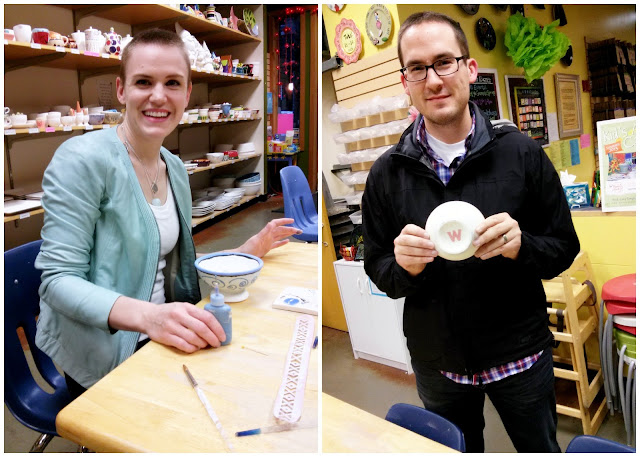 when we went to pay, the cashier (an early college age girl), asked us if we would be paying separately or together.  i said together, then i told her that we were actually there celebrating our nine year wedding anniversary (aside: i was not wearing my wedding ring).  her jaw bout hit the floor -- she couldn't even contain an audible gasp.

i look young, i know, and with my head shaved, i look real young. plus, kids these days just aren't getting married much earlier than thirty, so i'm sure she thought, at most, we had been married for *negative* nine years.

i didn't dare tell her about the three rascally children we had waiting for us at home, lest she pass out right then and there.

ps - we're going back tomorrow to pick up our freshly fired and glazed ice cream bowls, so stay tuned for the big reveal!

the end of radiation

yesterday was my mom's last day of radiation. thirty-six days! she made it! 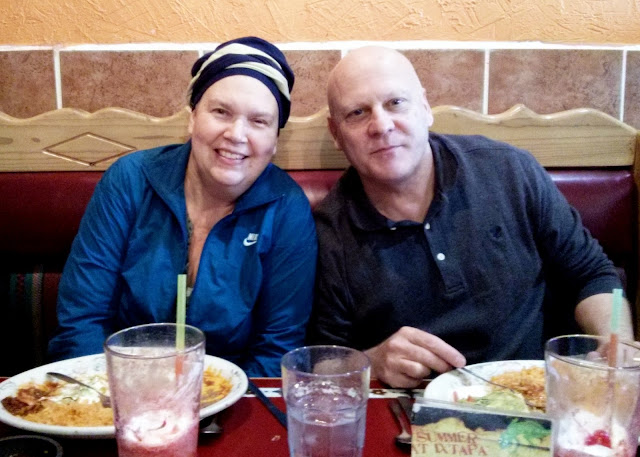 to celebrate, opa d took us out to mom's favorite duvall hotspot, ixtapa.

virgin strawberry margaritas for all!

more fun in the sun

not long after we returned home from the tulip festival of our dreams, duvall had a massive five minute hail storm.

little pea sized balls of ice being dumped (fast! and hard!) from a dark and ominous sky.

this, the girls loved. 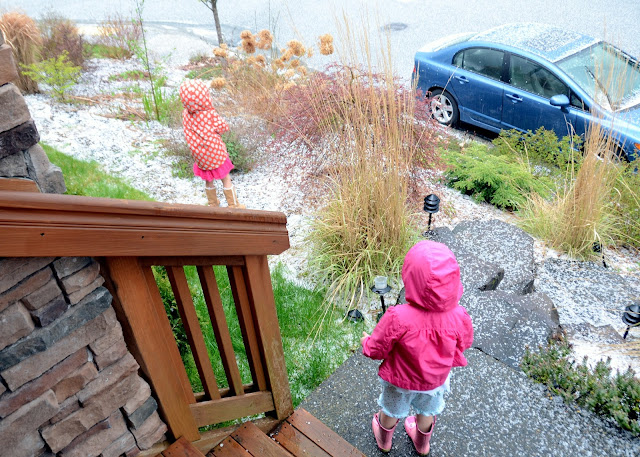 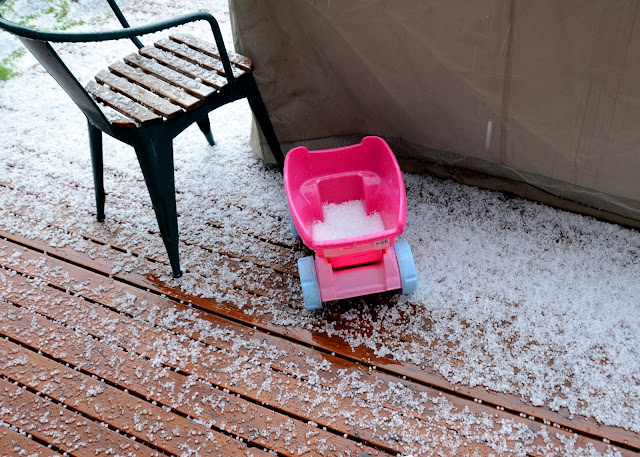 tiptoe through the tulips

one of our family mottoes is "i can do hard things."

but because our children are only five, three, and one, up until this point in their charmed little lives, they haven't had the opportunity to experience much hardship.

so we decided to start small.

yes, we dared to venture to mount vernon last weekend, in less than ideal conditions, to see the beautiful skagit county tulip festival.

let's just say the ladies were not impressed. 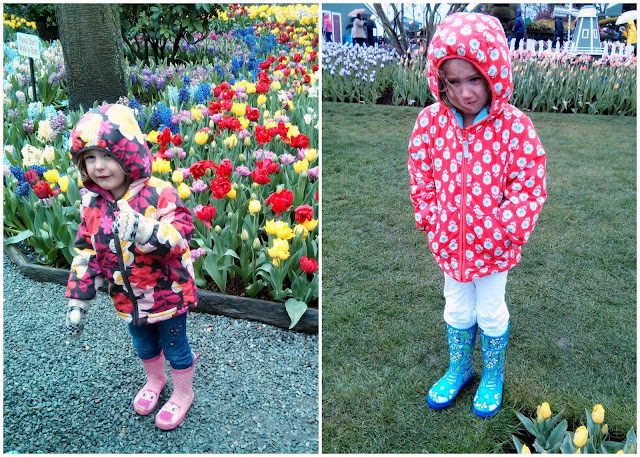 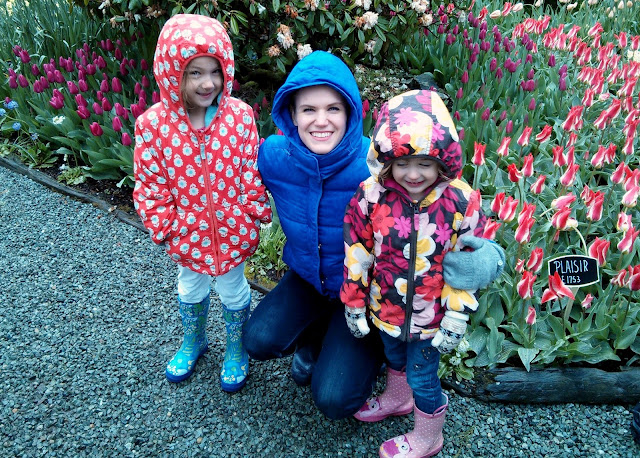 i'm going to level with you here, though: it was really cold. like, biting wind chill cold. like, don't take your hands out of your pockets cold. like, mere and opa d had to stay in the car cold.

so summer and afton cried a little and they whined (a lot), but still, they plodded along.

because they can do hard things. 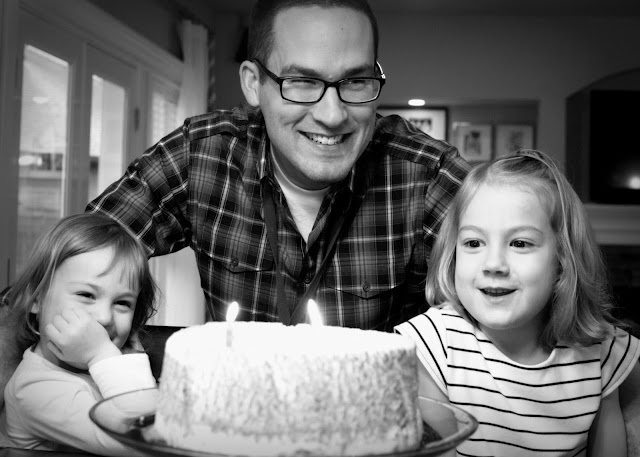 on monday this week, bryan celebrated his thirty-third birthday. of course, he partied hard like every other grown-up his age by working.

luckily for him (and us), "working" is one of bryan's favorite things to do.

he's brilliant and he works hard.  but you guys already knew that. so here are five things about bryan that you might not already know:

1) he flosses almost every day.
2) he hates celery.
3) he doesn't like to play video games or computer games or even (young family gasp!) board games.
4) he pronounces cereal "sir-ee-ul."
5) he was intially going to be named "bryan michael," but his paternal grandmother thought perhaps he might go in to medicine one day and did not think it wise for his initials to be "BM," so he was named "michael bryan" instead.

incidentally, bryan just found out a guy in our ward at church had his first and middle names switched for the exact same reason.

happy birthday, babe. this one's for you:

a year gone by

when the labor and delivery nurse held caleb for his first little baby examination one year ago, caleb reached out and grabbed her stethoscope.

she could not get him to let it go.

she tried to pry his fingers off. she tugged. she pulled. she finagled.

caleb wants so much to be a part of the world around him. he wants to be in it. to be on it. to be active. to climb stuff, to taste stuff, to throw stuff, and most of all, to grab stuff.

speaking of being on the phone, caleb loves the phone. one of the most adorable things ever, ever, ever is caleb holding a phone to his ear and pretending to talk to someone.

caleb also loves to stand, but he hasn't yet invested in walking. his favorite thing to do right now is the patented "stand and throw." it goes like: grab something, stand up, and then throw it. over and over and over again. good times!

caleb is healthy. he's big and aggressive and strong and involved. he has a great sense of humor and loves to be tickled and tossed and spun and rolled. he has pretty pale skin and piercing blue eyes and wispy blonde hair. such a beautiful boy.

our beautiful, one year old boy. 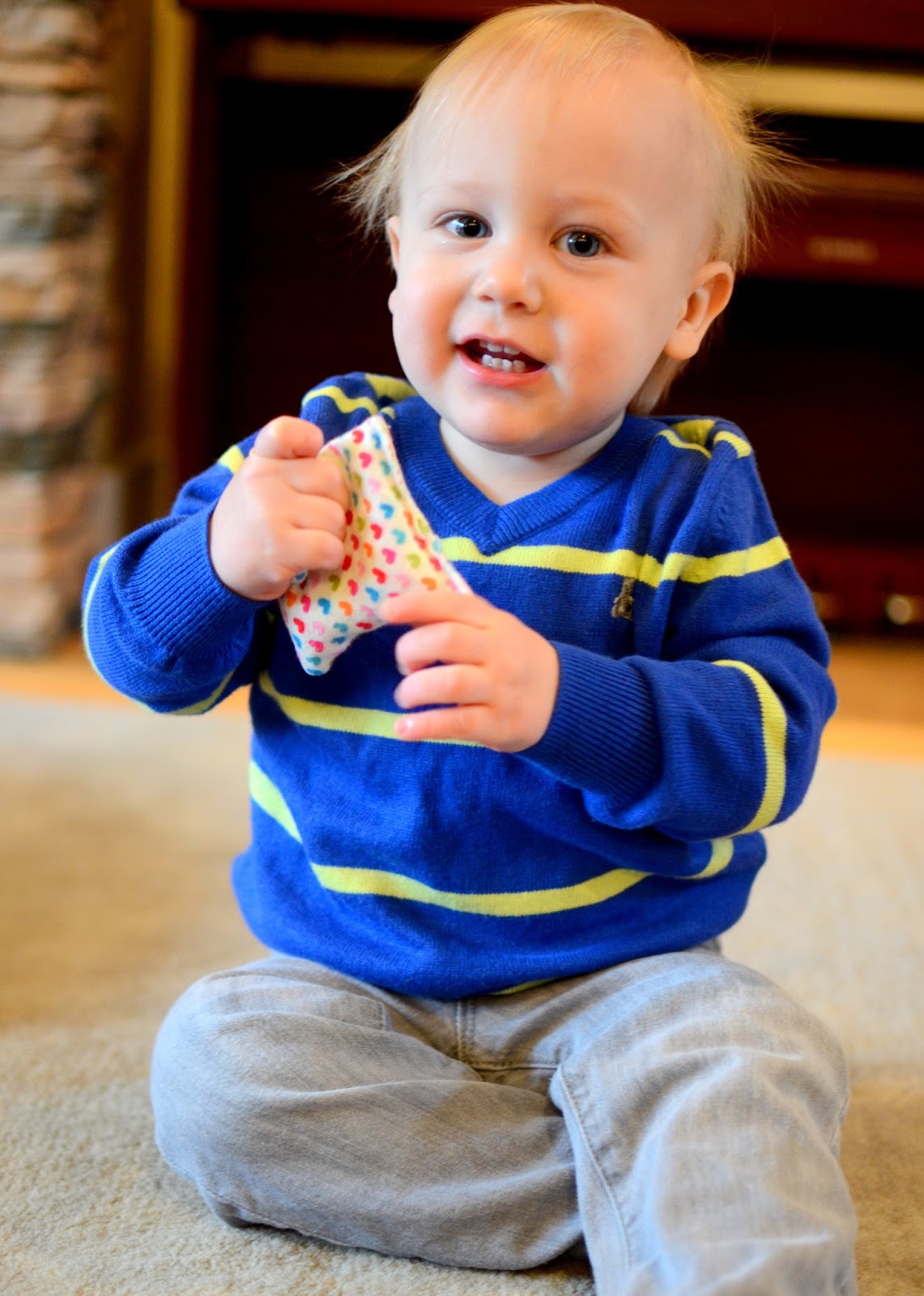 happy anniversary to us: 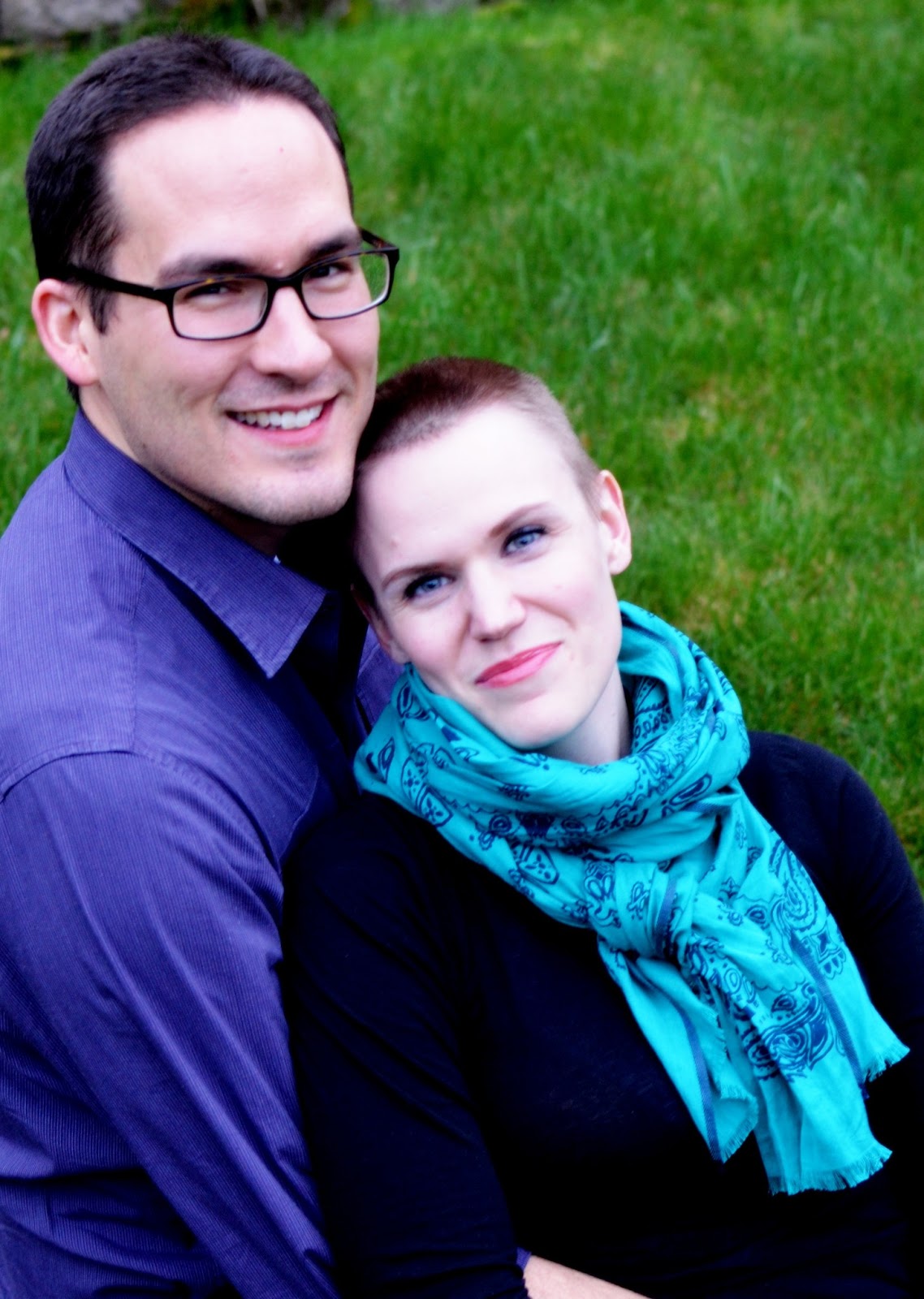 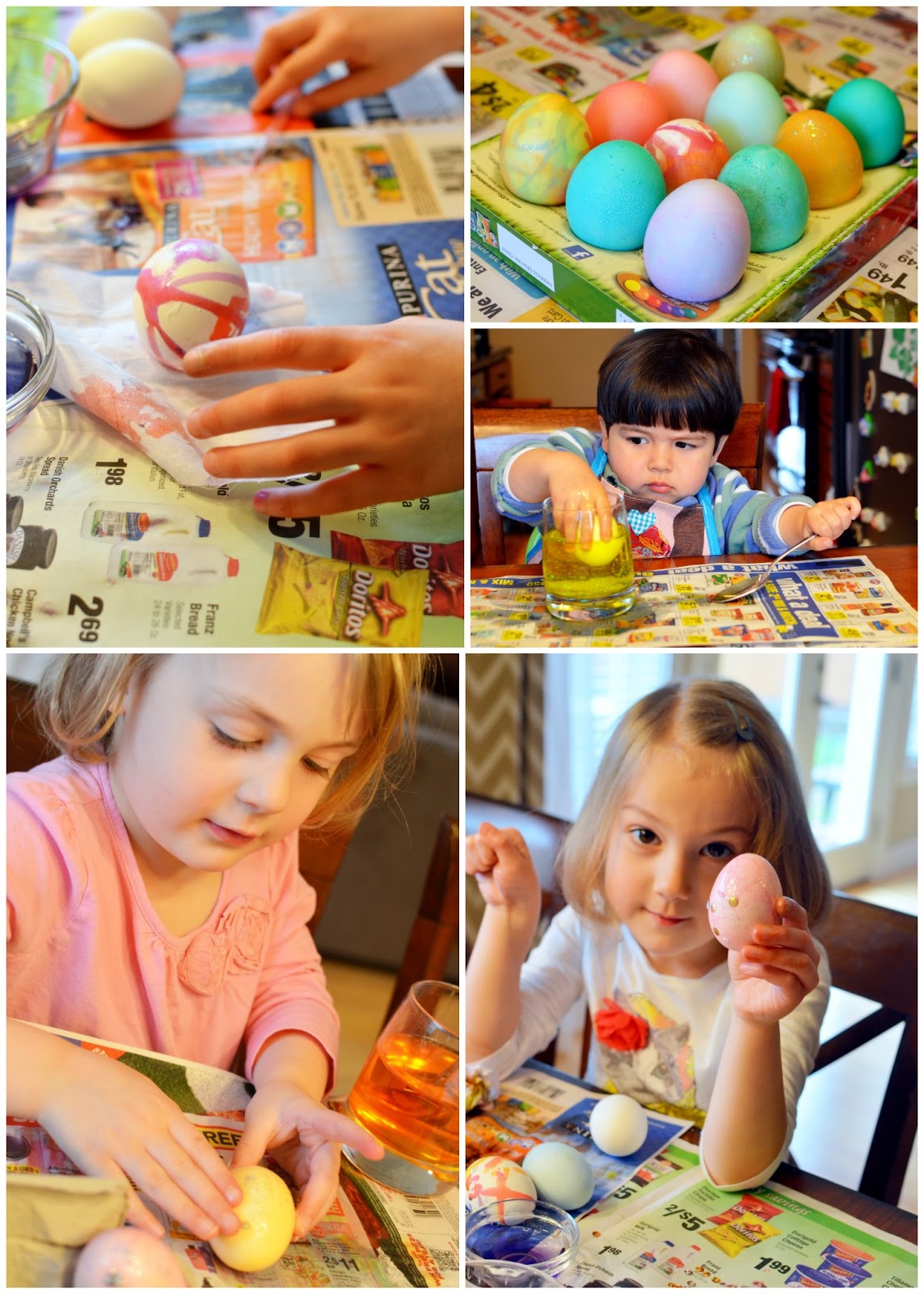 go, tell it on the mountain

some of our favorite talks from this past weekend's general conference:

destruction in his wake

like all kiddilies, caleb loves to help out in the kitchen: 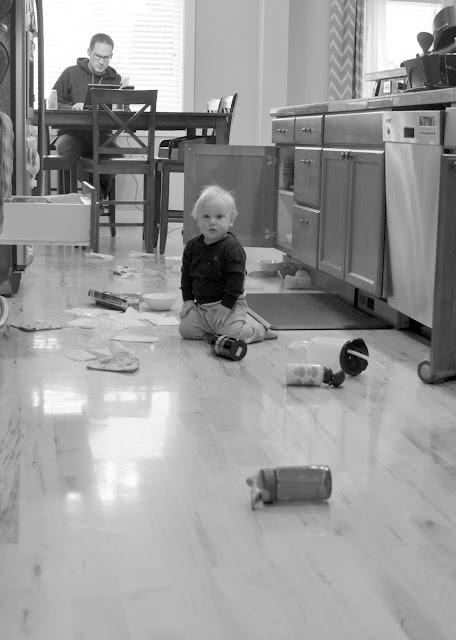 the gang's all here

a couple of weeks ago, the whole fam damily was in town, and we took the opportunity to go out and officially record for posterity just how good looking we all are. 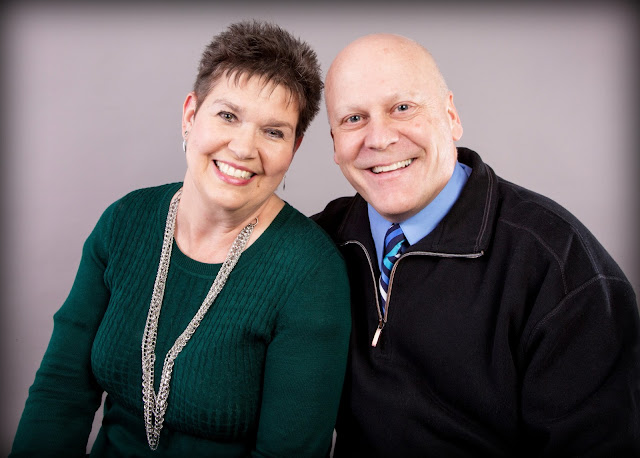 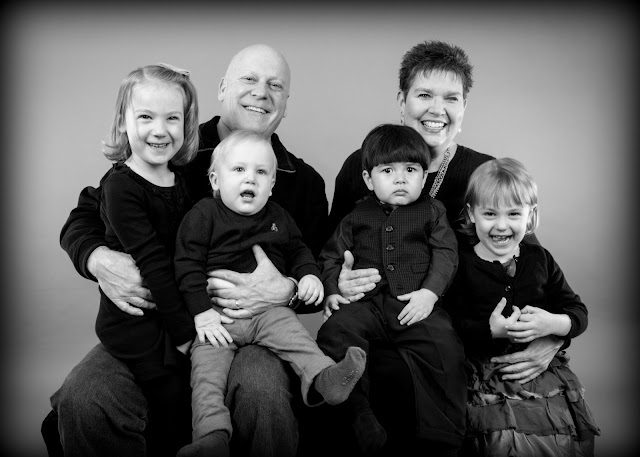 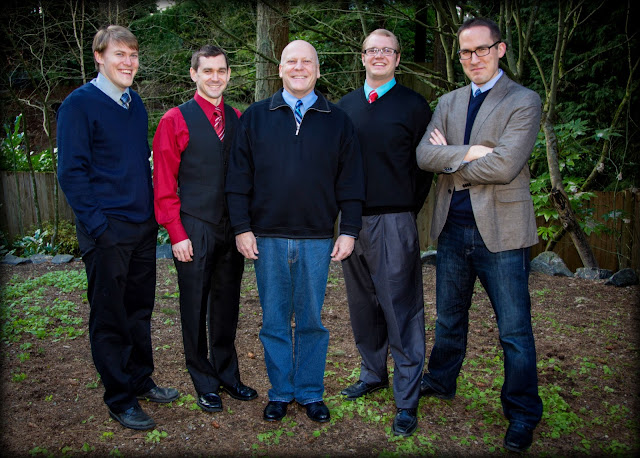 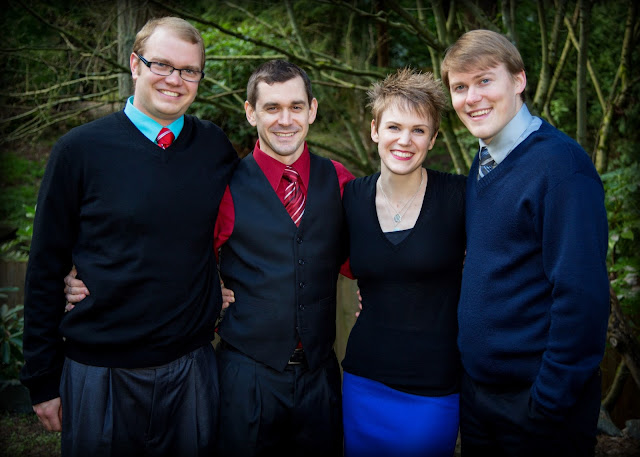 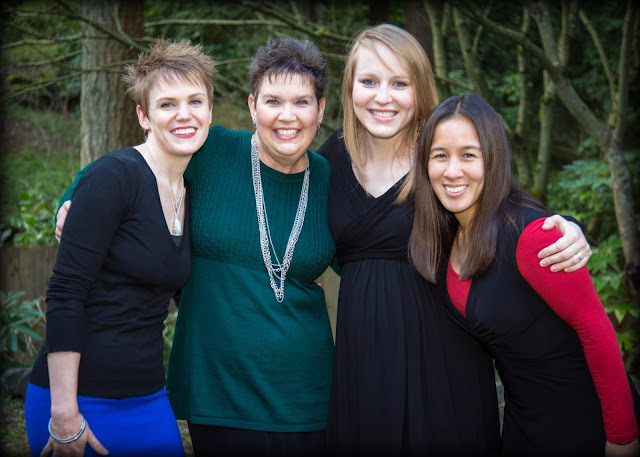 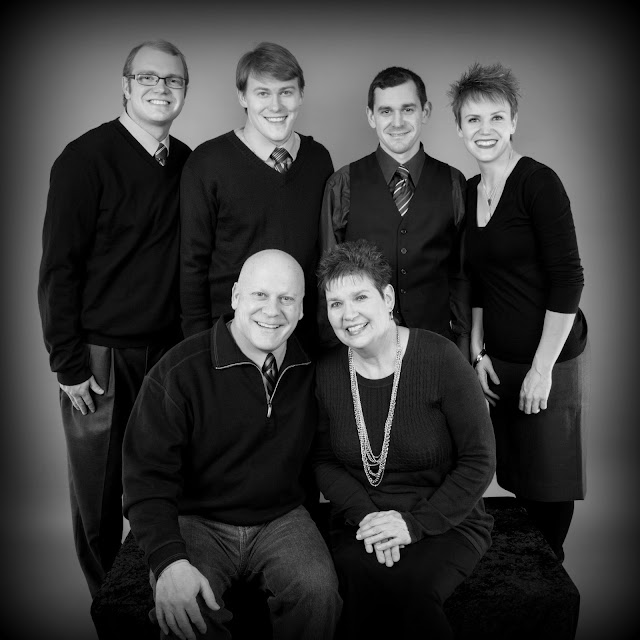 photos by audrey guidi. some post-processing by me.

we've tipped the scales and are now more than halfway through my mom's cancer treatment. she has two more rounds of chemotherapy and three weeks of radiation left.

overall, i think she's been doing great. i mean, the fact that she even has cancer and is going through cancer treatment certainly sucks (a lot), but her fortitude is amazing, and we've been so blessed that the side effects she's experiencing are not worse than they are. thank you so much for your prayers and support.

also, thank goodness that before cancer she had never seen downton abbey; now she only has one episode left!

**she had a PICC line put in to aid in administering the chemo as well as various blood tests.
**unfortunately, the chemo obliterates her white blood cells (a condition called chemotherapy induced neutropenia), so she is under a "house arrest" of sorts to reduce exposure to germs and diseases et al.
**she still manages to have more hair than opa d, and summer and afton continue to remind her daily how beautiful she is. 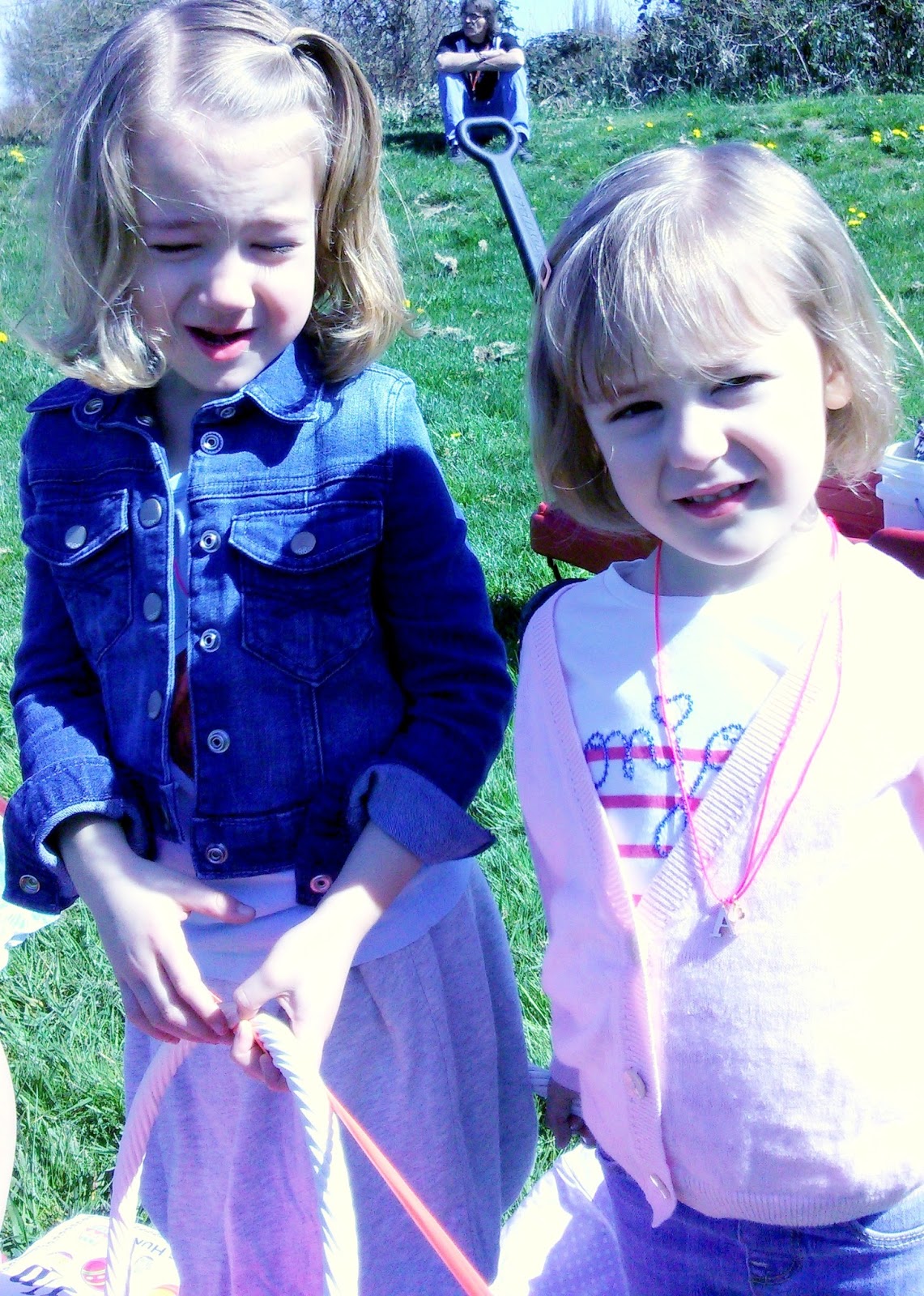 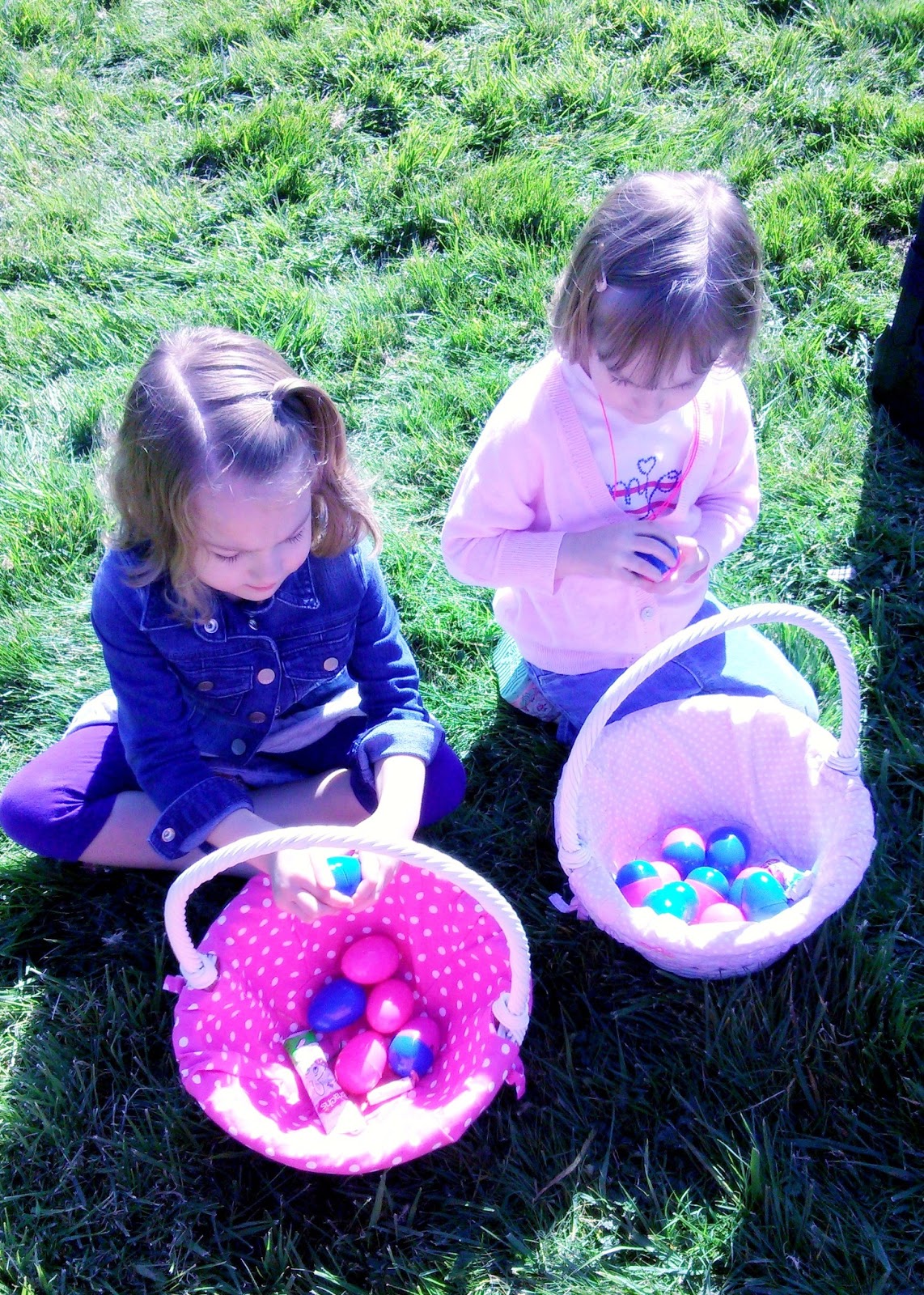 the cascarones (thanks for sharing, swensons!). 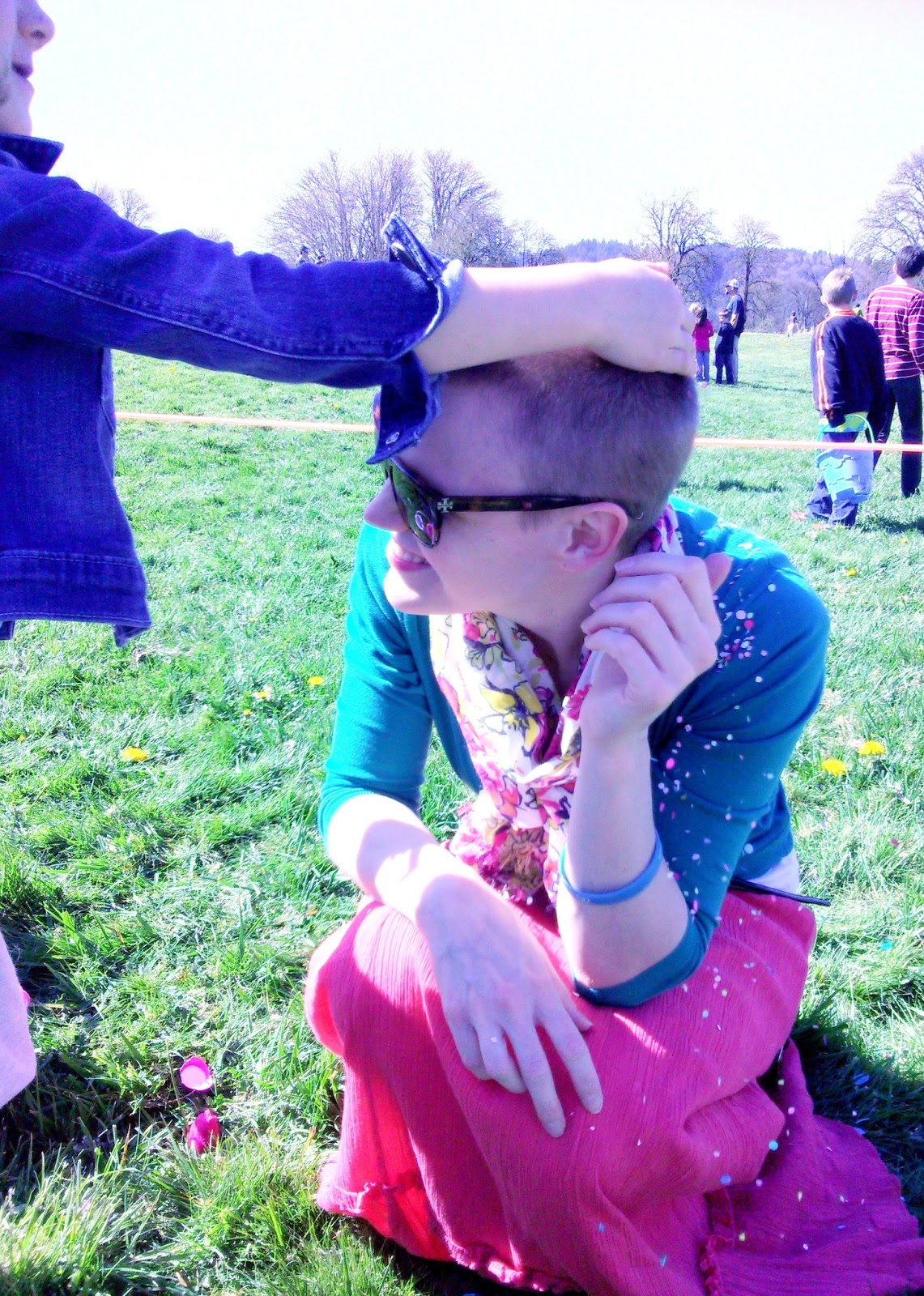