from a whisper to a shout

i don't know about the other moms out there, but ofttimes i find myself raising two different children. one whom we know is summer and the other we lovingly call "demon baby."

as a case in point, here is a clip of our little banshee as she wakes up from her nap:

and here she is again waking up from an obviously more pleasant nap; please note the good use of her "inside" voice:

unlike with, say, the incredible hulk, what brings out summer's inner screecher is yet to be clearly determined. just the other day, i was eating lunch at the byu museum of art with my brothers when all of a sudden and quite unprovoked, summer let out an at-the-top-of-her-lungs, blood curdling scream and proceeded to throw a first class fit. naturally, the college students all quieted and stared to see who was making such a monstrous noise.
Posted by Emily at 3:06 PM 3 comments:

bryan, summer and i journeyed to utah this past week for the union of owen (my brother) and anna. below are a few pictures from the event, held in grandma jacquie's backyard: 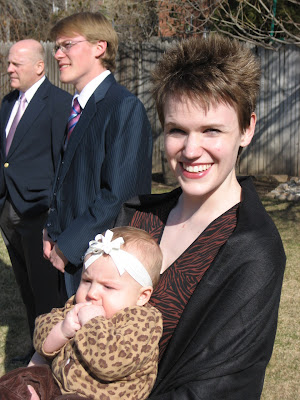 summer and i in matching animal print. 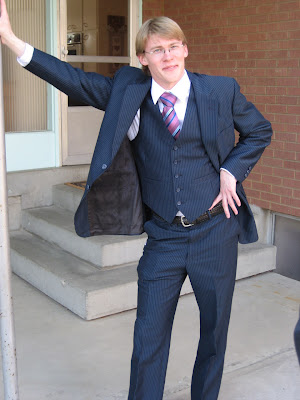 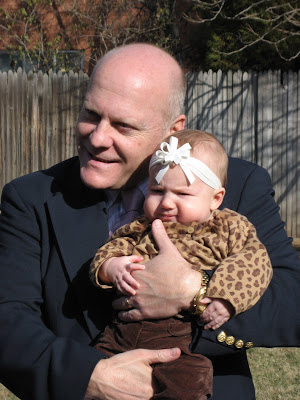 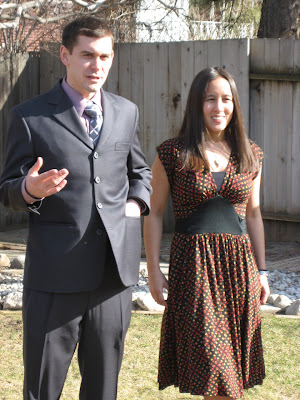 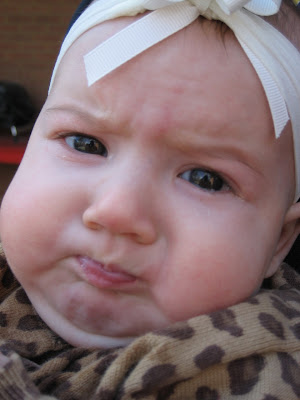 summer gets very emotional at weddings. 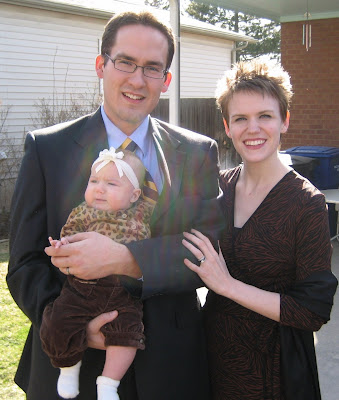 we look forward to returning in june for the reception; check back for photos of owen's wedding part deux.

I'd like to imagine that my keen intellect, dashing good looks, and sharp wit would make me less prone to making mistakes than the average Joe. Turns out my track record is really just average. Case in point: the 4Runner. 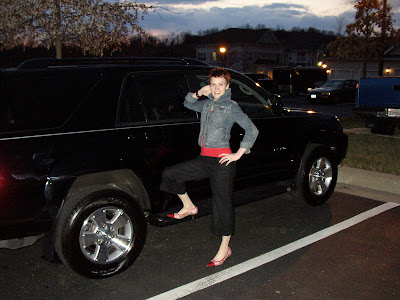 Shown here is a file photo taken on the day Emily acquired her first baby. We ended up buying much more car than we needed* using the following two rationalizations (aka mistakes):
1. We need a real off road SUV
2. We'll quickly fill the 7 seats with our 5 children.
Offroading
I've long disdained SUV's that have no business going off road. Thus, shortly after we bought the 4Runner, we took it to some wild 4x4 trails in Maryland and had a good time. Tellingly, the only other vehicles on the trail were ATV's and dirt bikes. After some harrowing "near-crash" experiences and putting some nice, long scratches in the flawless black paint job, I decided I'd be better off buying a dirt bike if offroading were to be my hobby of choice.
We need 7 seats
Like most couples, we tried to guess how many kids we'd have before having any kids. My guess is that these estimates are frequently revised after the first baby arrives. But even assuming we were going to have 5 kids, we sort of neglected the fact that it would take at least 5 years. And in the best interest of our mental health, that process should take well over a decade. By that time, the 4Runner will be long dead.
Course correction
Shortly after Summer's arrival, we finally came to grips with reality: We didn't need both cars. Although it was tempting to keep the 4Runner and abandon the Accord, there is something oddly satisfying about freeing yourself from a $600 car payment. And yes, there may be some sissy SUV in our future.
*Turns out this is standard fare for many young people at Microsoft. The parking lots are crowded with exotic cars driven by people just out of college.
Posted by Bryan at 8:09 AM 1 comment:

bryan and i are often asked who we think summer looks like. honestly, she looks an awful lot like baby summer to us, but we thought we would give the final say to the great and powerful web. i did two runs just to make sure (see below).

and that's that: the internet has spoken. twice. all further inquiries will be redirected to the blog.

now we'll just wait a few years to see if she has bryan's mad math skills or my unique vocal stylings. the other way around would be most unfortunate...
Posted by Emily at 10:09 AM 1 comment: